The mission of the Kennett Consolidated School District is to provide a quality education that increases the achievement of every student in order for all to become successful and thoughtful contributors to society.

"Bancroft Elementary School is dedicated to creating a safe and rewarding educational experience for all children. Our goal is to focus on student success by fostering a positive, accepting and supportive learning environment where students are proud of the work that they do each day."

"Greenwood Elementary School is committed to providing children an engaging and comprehensive education to support their success academically, behaviorally and socially. Greenwood students will experience education in a safe, welcoming, student-centered learning environment."

"Mary D Lang Kindergarten Center has a balanced educational program that is focused on the whole child with experiences designed to expand the mental, physical, emotional, and social development of every student."

"Here at New Garden Elementary School we are committed to providing a nurturing and supportive learning environment for students to grow and feel successful while providing an excellent instructional program to meet the individual needs of all students."

"We pride ourselves on meeting ALL students where they are and helping them grow as students and people. I promise you that our commitment to your child will never waver. Lets work together to ensure that KMS remains the best school for your child."

"KHS is a school that is rich in tradition. At the same time, we are committed to modernizing our learning opportunities today to prepare ALL of our students for tomorrow."

"KHS is very proud of our teams, coaches, and especially our student-athletes. They all do an outstanding job of representing KHS with hard work, dedication and sportsmanship both on and off the field."

A “Crime Scene” at New Garden

Miss Erika Smith’s student teacher, Miss Taylor Mackowsky, from West Chester University, planned an engaging lesson for their third graders to help them review for PSSAs which was inspired by Hope and Wade King’s teaching philosophy, “Set the Stage to Engage.” When the students came back from music class, Miss Mackowsky was dressed like an FBI agent with a fingerprint scanner, welcoming the students into “FBI Headquarters.” With the walls and windows covered in black paper, the classroom easily transformed into a secret detective center using black light bulbs. The crime scene in the center of the room immediately intrigued the class. The crime was that Miss Smith’s birthday necklace was stolen! Special Agent Zac Efron needed the students help to find out who stole it and where he or she hid the necklace.

In the first half of the day, students worked through math activities and received a clue for completing the worksheet. There were three clue stations, one for each completed worksheet. At each clue station, there was a locked iPad. To crack the code, the students had to answer questions relating to the worksheet they had just completed. That means they needed to have the correct answers in order to unlock the iPad.

At the last clue station, after unlocking the iPad, the students were able to read a secret message on a piece of paper that can only appear under a black light. The last clue was, “The suspect is not human, but he/she does have thumbs.” The students immediately knew who the culprit was from this clue since they know that Miss Mackowsky’s black cat has thumbs!

After finding out who stole the necklace, the next task was to find out where the necklace was hidden. After lunch, the students worked through reading activities following the same concept as before. These clues helped find the necklace, which was found on top of a birthday cake made for Miss Smith! These super sleuth detectives had solved the case and celebrations were in order to show off their skills that they have mastered and that they were ready for the PSSAs! 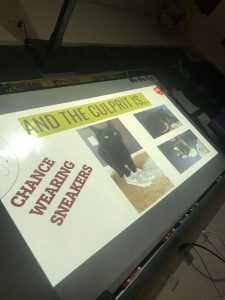 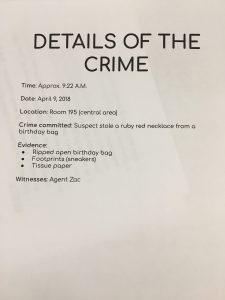 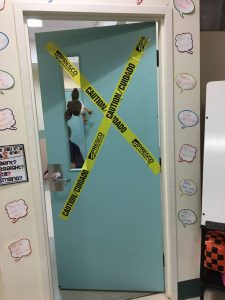 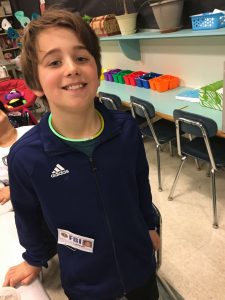 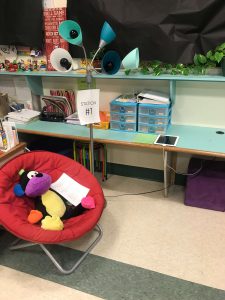 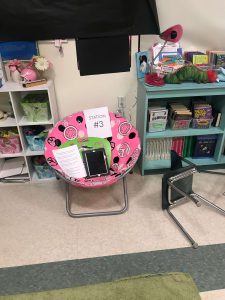 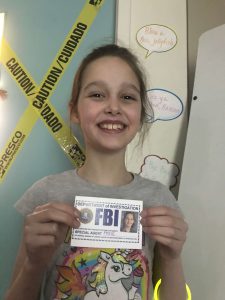 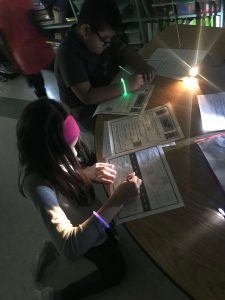 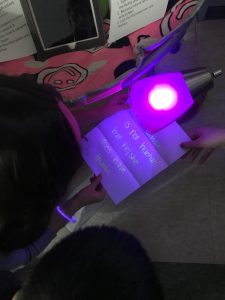 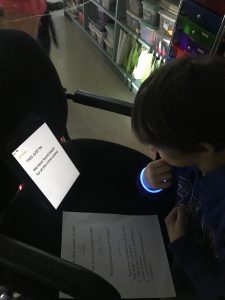 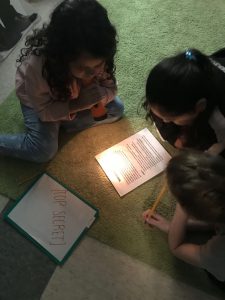 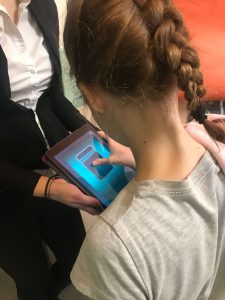 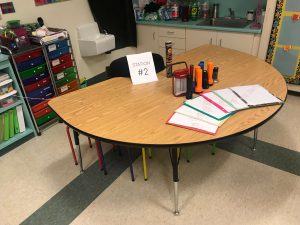 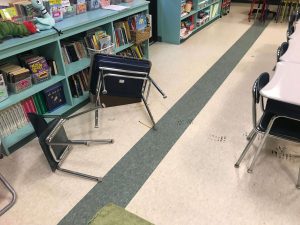 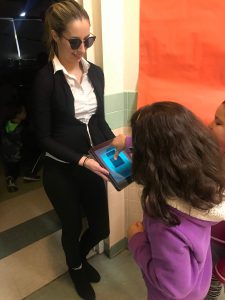 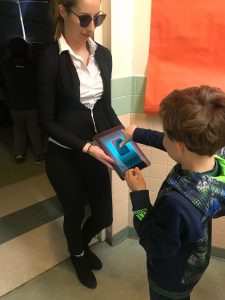 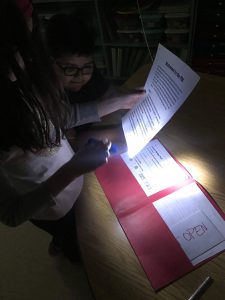 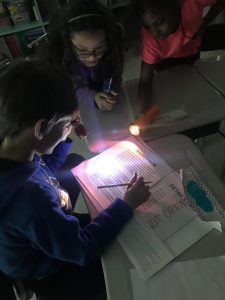 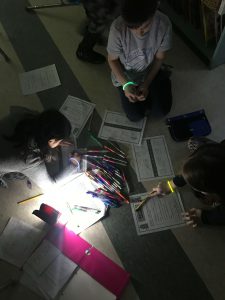 The Chester County Health Department (CCHD) will host their semi-annual Flu Vaccine Clinic for all members of the Kennett Community. Please note, COVID-19 vaccines will also be offered. Registration is available online at: https://www.chesco.org/843/Influenza-Flu.

The KCSD Board of Directors will convene for its October meeting in the library of the Mary D. Lang Kindergarten Center. Additional details, including an agenda, can be accessed online.

Students and Staff will have their photos taken by Barksdale during the day. Parents/Guardians are invited to purchase a package using information shared with them via email and print.